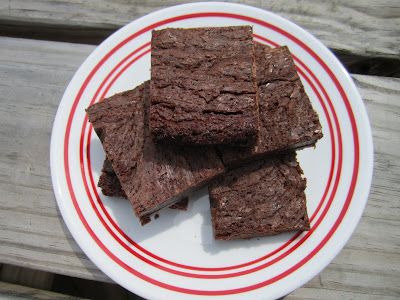 So August is officially our Bake! catch-up month, but knowing how crazily busy September will be with school starting up again, I decided to bake ahead a bit.......I needed a dessert to bring to a family cabin barbecue this weekend, so I let hubby pick from upcoming Bake! recipes. He choose the one for the first week of September which was picked by the newest member of our little group, Glennis: truffle brownies.

We've already baked the Florida brownies, which were to-die-for, and I have to say that the truffle brownies are just as dangerous. 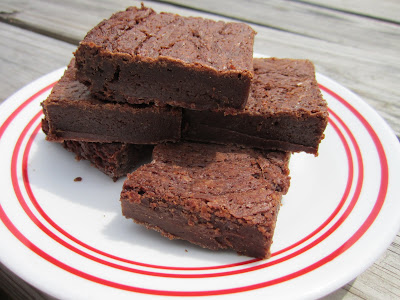 Because we were going to the family barbecue, I made a full recipe (a 9x13 pan); unfortunately, the little girl got sick and we ended up spending the weekend hanging out at home. Hubby and I did quite a bit of damage to the pan. Luckily the girl was better by today and we were able to do an abbreviated trip to the cabin...saving ourselves from eating the entire pan....which we could've easily done.

At home, I served the brownies with Jeni's vanilla bean ice cream (via Food and Wine), which hubby declared the best vanilla ice cream he'd ever eaten. He was such a fan, in fact, that I've finally broken down and ordered her book. 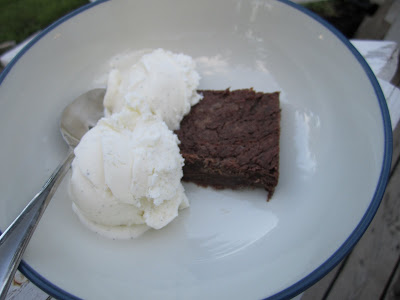