My little guy is somehow seven years old. For his birthday, he chose a quiet family party and a chocolate cake in the shape of a Lego mini-figure. I'll be honest - this week has been insane. Hubby and I were out of town until Monday night and we both had conferences until late Thursday night. I hadn't given the cake a second of thought until Friday after work. I looked online and found a Lego mini-figure cake pan...clearly I wadn't going to get one of those in time. So I asked to see one of his mini-figures, took a ruler, traced my 9x13 and my 8x8 cake pans onto a sheet of white paper, and began scaling to make a template. I was pretty proud of myself for how it came out! When he saw the template sitting on the counter, I got the hugest grin and biggest hug ever, with a sqealed, "Thanks, Mom!!! You're the best!!!" 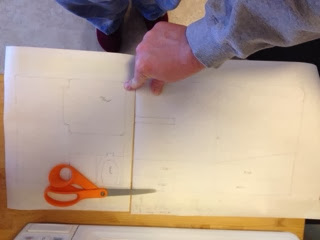 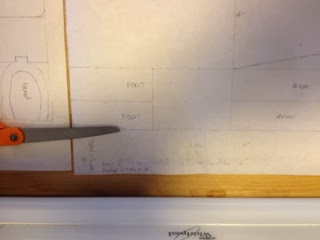 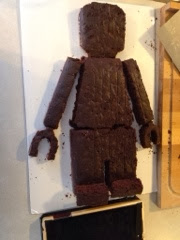 I asked the birthday boy if he'd rather have his favorite marshmallow frosting, which is hard to frost with and wouldn't look as good, or a different frosting that would look better. He easily chose the marshmallow frosting, with support from his sister and dad. I told him he could choose three colors; he picked red, yellow, and gray (even though I said no one would want to eat gray frosting). 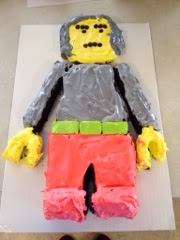 I over-baked the cake, I think, so it was dry and not all that great. But it looked pretty cool!