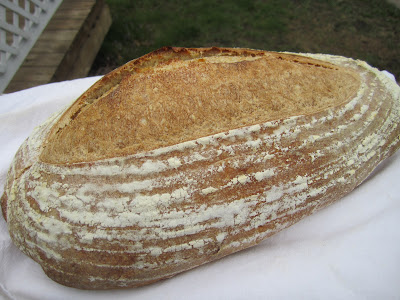 After a couple of weeks of twice-a-day feedings and doublings, I decided that Austin was ready for a real test-drive. 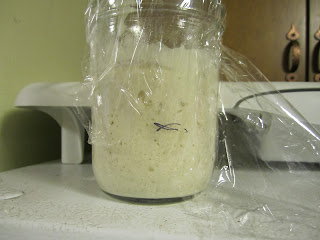 I've used discards from his feedings in our pretzel dogs and in my almost-no-knead bread, and this morning I used a cup of discarded starter to make KAF's sourdough crumpets for breakfast. I've never had crumpets before, and I wish I'd read Celia's crumpet post first because mine definitely didn't have the holes that she talks about. Still, they were easy and tasty, and a fun way to use starter discard. 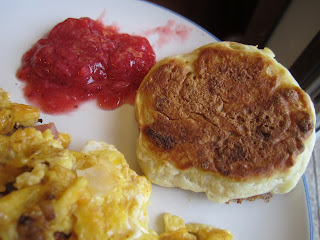 So, on to our first real test-drive: I decided to try the basic pure sourdough (not spiked with instant yeast) from Peter Reinhart's ABED. The dough was gorgeous. 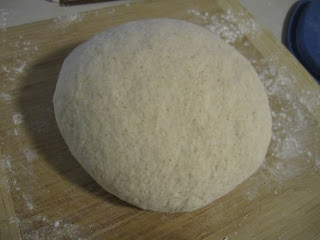 Unlike my first (fairly unsuccessful) tries with pure sourdough, I ignored the timings from the recipe and just let it rise for a really long time. It came out of the fridge at 6:00 a.m. I didn't shape it until about 10:00 a.m. and didn't bake it until about 4:30 p.m. (our house was quite cool). Even after all that time, you can see that I still had quite a bit of oven spring.

This bread was great: it had a subtle flavor, a fairly open crumb, a crunchy but not tough crust. And best of all, it was made with 100% pure Austin! =) 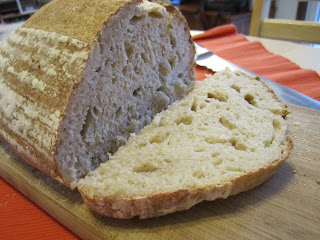