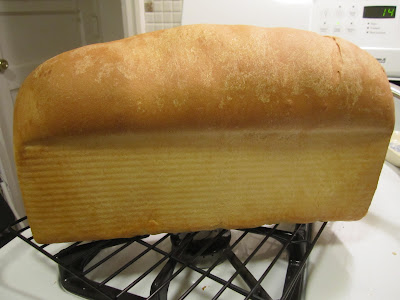 As I said in a post a few weeks ago, I discovered Tuesdays with Dorie long after they'd started baking through Baking: From My Home to Yours. But once I discovered the magical world of food blogs, I always enjoyed my friends' TWD posts. So when a new TWD group started this year, and I just happened to get the book, Baking with Julia, for Christmas, and I just happened to get some pressure from a certain someone, and I saw that the first two recipes were a bread and a yummy chocolate tart, of course I signed up. :)

After a busy Saturday morning, just as I was heading out the door to go grocery shopping, hubby said, "Hey, what about chicken noodle soup and grilled cheese sandwiches for dinner?!" We had no bread in the house, but I remembered that the BwJ recipe was supposed to be fairly quick (it says, "Since the dough belongs to the direct-rise family....you can mix a batch after breakfast and eat still-warm-from-the-oven bread for lunch."), so I took off my coat and mixed up the dough.

The method was a little unusual to me; you mix some water with the yeast and sugar and let it bubble (no surprise there), then add the flour and mix. Then add the salt. Then knead for a long while, and finally add the butter. But, as promised in the recipe, the dough did finally come together. It gave my stand mixer a workout, so I alternated between mixer and kneading by hand.

The dough rose while I was at the grocery store and a little over an hour later, I came home to this:

Instead of dividing the dough and shaping it into two 8x4 loaves, I left it as one massive piece and baked it in my pullman pan with the lid off. I couldn't believe the explosion when I peaked into the oven!

The bread had a slightly unusual flavor, but I couldn't quite place it. Maybe it's because we sliced it when it was still pretty warm. It made excellent grilled cheese sandwiches, and was pretty popular with everyone. Hubby used the rest of the loaf to make eggs-in-a-nest for breakfast over the next several mornings; he was very happy. :)

Laurie and Jules, the fearless leaders of TWD, are the hosts this week, so check out their blogs for the recipe! 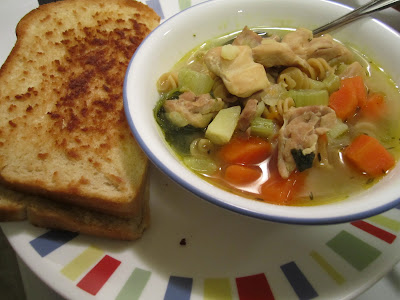