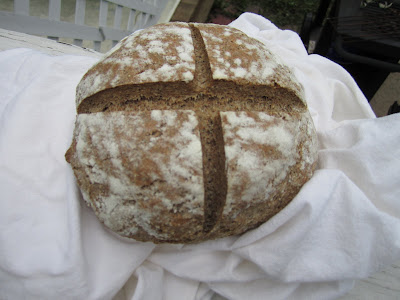 The dough was fairly crumbly (there's no water added other than the water in the soaker and the sourdough), and my mixer couldn't seem to bring it together. However, after a few minutes of kneading by hand, it formed a workable dough and I was able to proceed. The bread has a relatively short bulk and final fermentations.

We tried the bread with a little butter. It had a really interesting, complex flavor, and we could definitely taste the coffee. We gave the rest of the loaf to my dad, the designated sourdough rye-eater. 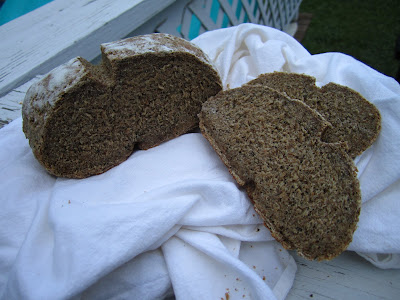